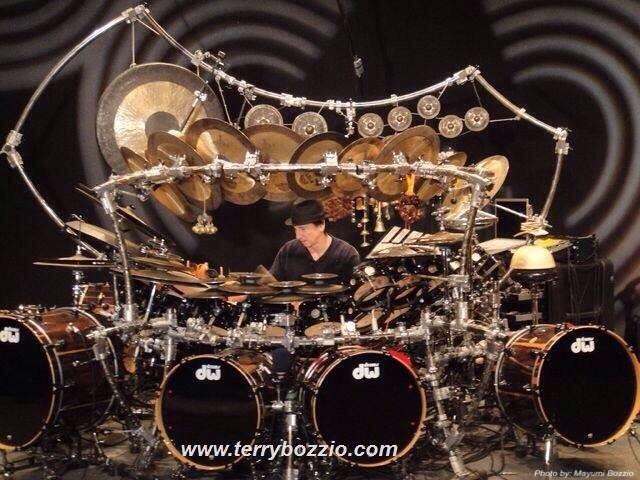 Last weekend I heard the amazing Terry Bozio Play a concert in Utrecht the Netherlands. Terry’s solo drum shows are one of a kind, played on the kit that he designed and was built by DW drums and is unlike anything else on the planet. 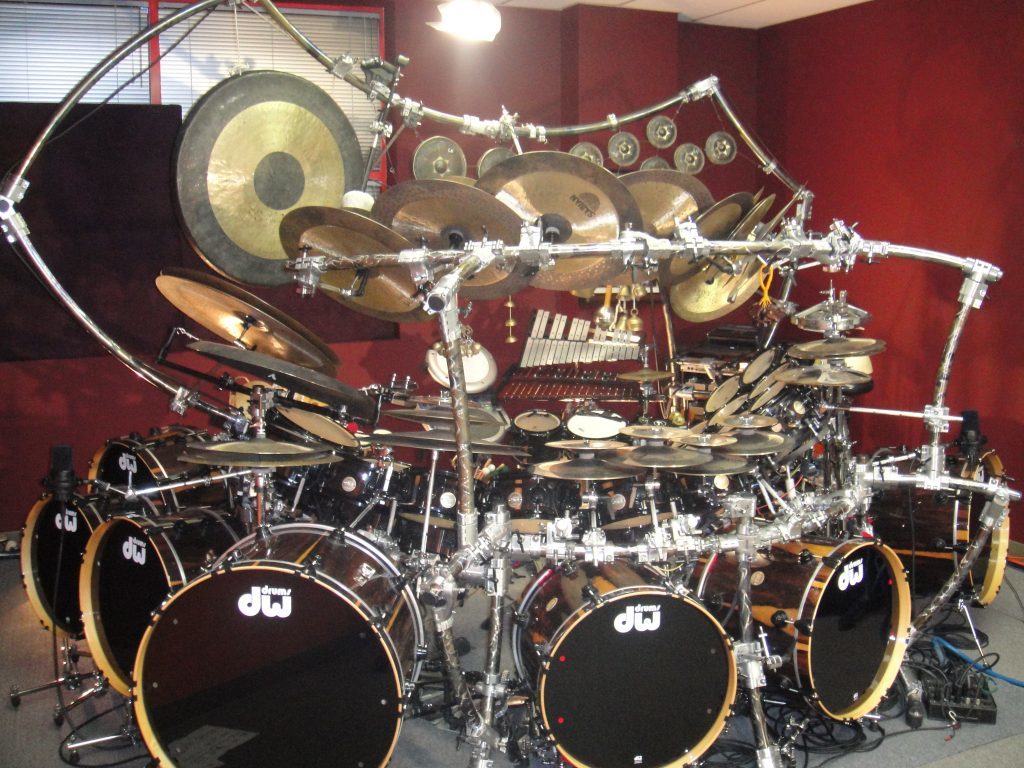 The extraordinary number of drums are tuned to diatonic and pentatonic scales on which Terry can play sophisticated, interesting melodies and harmonies. The cymbals are also somewhat arranged by pitch. The Kick drums, of which there’re eight, Are precisely tuned as well and more open in tone than what one might expect. There are several remote high hats and other percussion instruments which, like the bass drums are played by the 22 pedals at his feet. 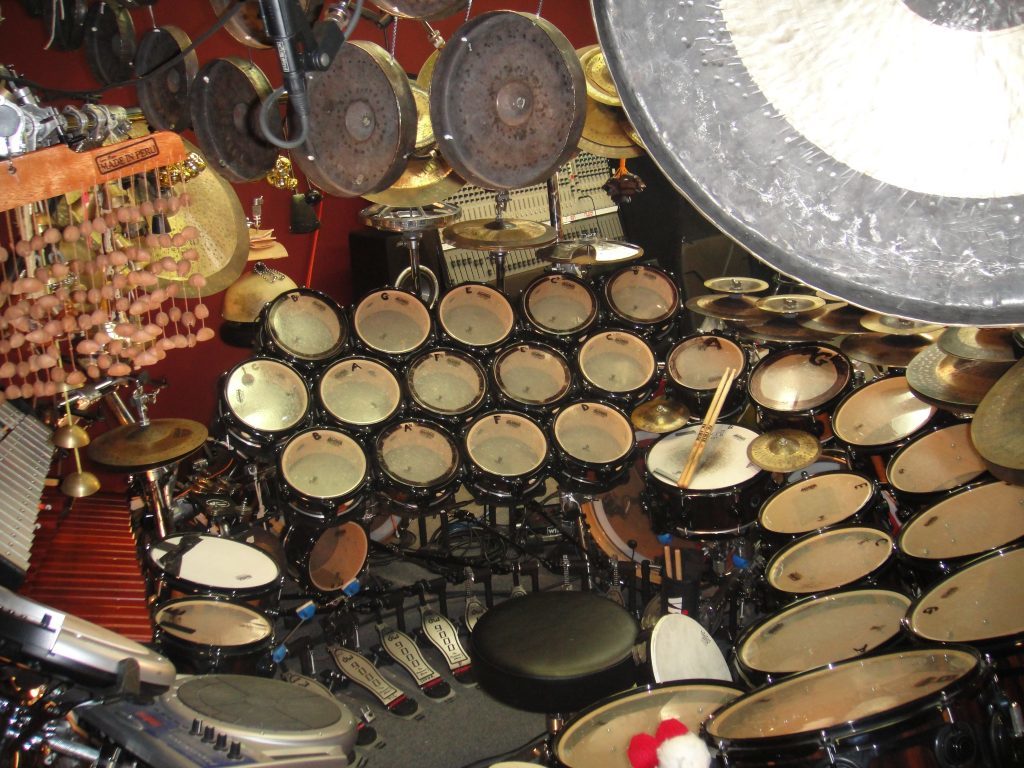 The music is varied, sometimes extremely complex and polyrhythmic as one might expect from the drummer for whom Frank Zappa wrote the black page. It really is impossible to describe one of these shows and describing the kit and showing some photos can’t possibly convey anything about the music he plays on this instrument. One actually has to be present for one of these shows to understand exactly what this music is about. His tours are not frequent yet he does make appearances in Europe at least once a year as well as in the US and Japan. You can find out about tour dates, buy music and explore the Terry Bozzio world at his website: