The Dance is the final track for the Channels album. The idea for creating an 11th track for the album comes from the fact that in some images of the tree of life – upon which the album is based – have 11 spheres. The 11th sphere represents that which is beyond knowing, the great mystery.

The inspiration and narrative for this track comes from the Tarot reading that Raynald Halloy led at the Channels album release party, with the participation of Keyaki Narusawa, Paul Kelway and Philippe Haettel who were guests at the event.

During the reading the following cards were drawn by the three individuals mentioned above: XXI The World, XV The Devil and VII The Chariot. 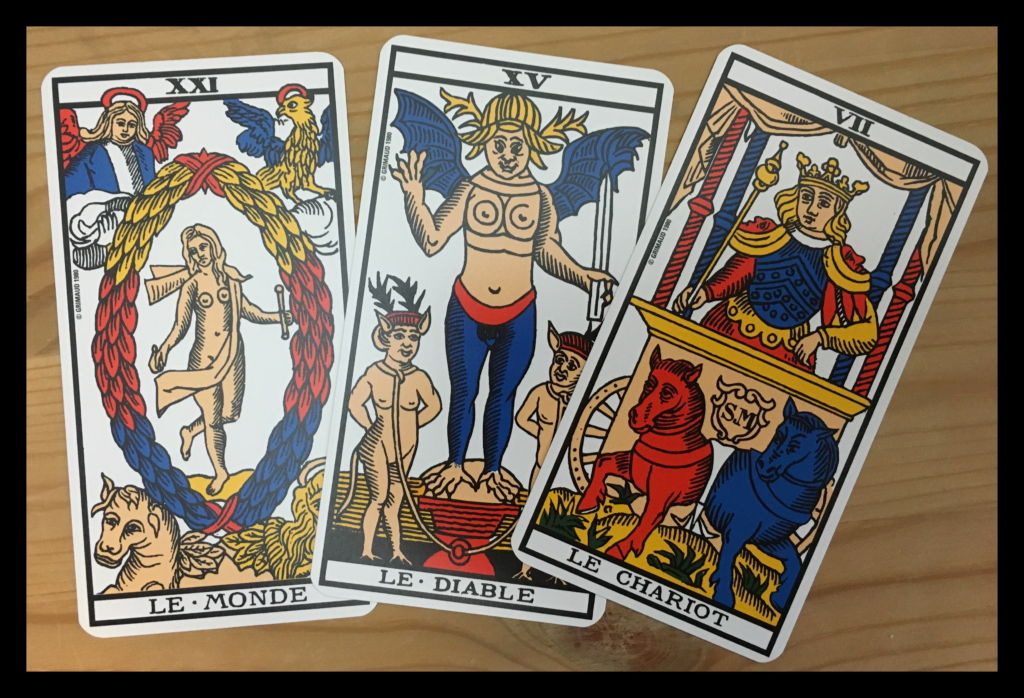 After a brief discussion of the card meanings and symbology Raynald asked me if there was anything about the reading I would change. I moved “The World” to the right side changing the reading to be this: 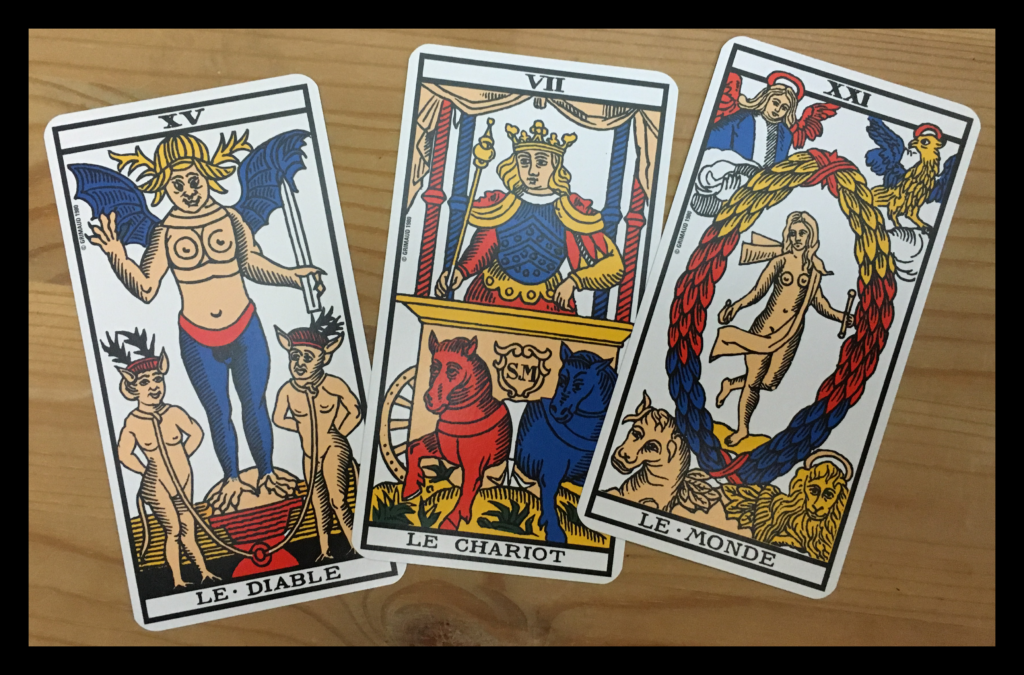 The essence of the final card layout as we interpreted it is that coming to terms with one’s attachments, dependancies, addictions is necessary in order to have some clarity about one’s path which leads to a certain freedom and life in balance.

“The Dance” is a phrase that came up in the reading a few times. For me it refers to the idea that life is in no way static and that this progression of breaking free of attachments, attaining clarity and finding balance is something that happens daily and sometimes multiple times each day! There is no end to this cycle. To represent that “The Dance” ends with the sound with which Channels begins. Channels as an album is about relationships and links between people whereas “the Dance” represents our internal experience – the mystery, and miracle of being human.

One Response to The Dance