The importance of narrative in the creation of instrumental electronic music.

The importance of narrative in the creation of instrumental electronic music. 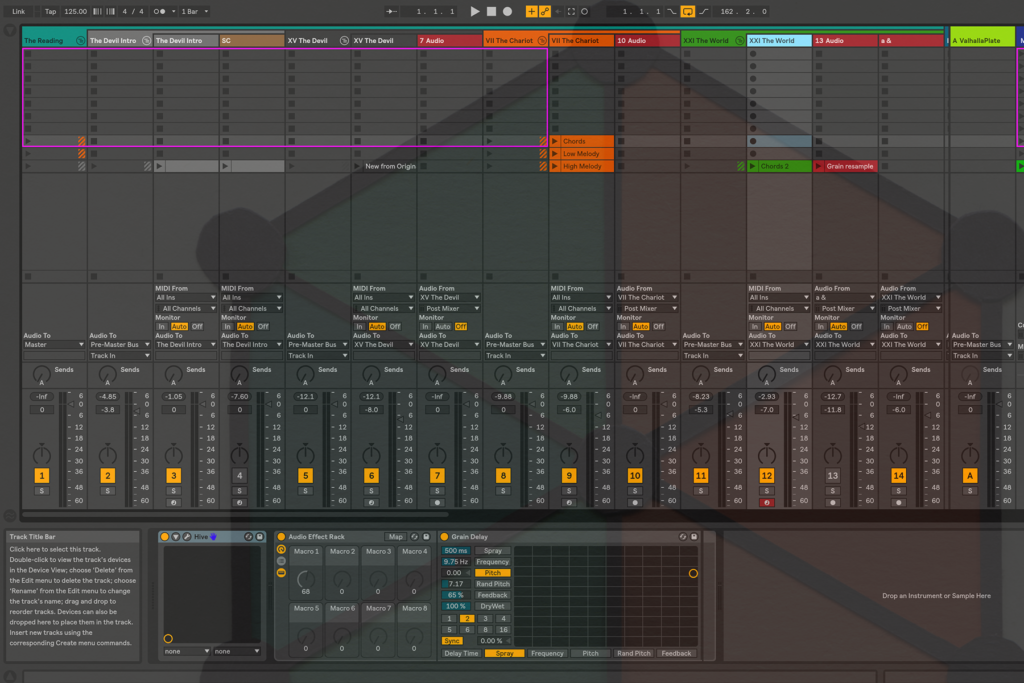 I am writing this with the aspiration that it can be of help to someone who might be having or has had difficulties with and doubts about creating instrumental electronic music specifically but the ideas can translate to any other medium of artistic expression.

Over the past 5 years I have been making a lot of instrumental electronic music and in that time I have encountered doubt and frustration and have asked myself “why?” more than I ever did in my previous 25 years of music making. Why is that? I spent a lot of this 5 year period trying to rediscover my innate creativity and trying to understand why creating music was important to me as if there was some kind of loss of motivation or inspiration that had occurred. While that might be true to an extent for various reasons I have since realized that:

1) I never lost my creative drive and
2) Inspiration is something that can be created, developed and nurtured.

I can see clearly that the difficulty that I experienced in recent years finishing music and feeling inspired is a direct result of a lack of a narrative accompanying the creation and or not enough restrictions on tools and processes. on the other hand the times when I complete a particular project, be it a single track or a full album it is because of a combination of the two conceptual elements – a narrative and restrictions on tools and processes.

I may be wrong but I feel that this problem, while not being exclusive to electronic music production by any means is possibly a more common obstacle here than in other arts. Imagine a writer saying “I am going to write a book” with no ‘about” attached to it. How likely is said writer to succeed? On the other hand if a writer says “I am going to write a book about cats” there is already a vast narrowing down of possibilities – although maybe not enough.

People producing electronic music are often faced with a blank slate and the idea of “I am going to compose some music” but what on earth does that mean? Every electronic music composer has an unlimited set of tools and “instruments” their disposal and as a result there are almost no restrictions on the possible path a composition might take. One can say I am going to write Techno but that is not unlike a writer saying they will write a detective novel – about what exactly? Where? When? Who? are some of the questions that would need to be answered before the pen could even hit the page.

Electronic producers would first have to decide on a genre and the limit themselves to using only certain instruments or sounds out of the infinite number of options that exist. Musicians who play specific instruments have the built in limitations of the instrument but genre is still in question. As soon as a guitarist decides to play rock and roll they have a much better chance of composing some music than someone sitting at a computer deciding to create Techno.

So where you might ask does narrative come in? Well I feel that the guitarist creating rock and roll is, if nothing else joining a collective narrative about what rock and roll is so there are defining elements that come along with being a rock guitarist. Those threads of the story help create boundaries from which to work and create. The tools/ instruments and genre can help define the narrative and that can give shape to the creative process. Now imagine a guitarist from a town on the border of Mexico and the US who not only wants to play rock and roll but wants to write songs about the experience of life on the border. Ready set go. That is narrow enough that this person can get right to work knowing not only what fits the narrative but more importantly what doesn’t!

Since I am dealing specifically with Instrumental music that eliminates literal story telling with words or lyrics that the songwriter will have. So with unlimited tools, too many genre and sub-genre choices what does one do? How does one start and finish music? In my experience there is no better answer than to create a story to write from, a narrative for the music to fit into. Sometimes simply choosing a specific set of instruments can be enough of a story in itself but going further can often be rewarding.

I recently released an album called Channels and this album came together relatively quickly because the writing was based on a very limited set of sounds using only one synth plugin and additionally all of the compositions fit inside a framework based on Tarot and the Tree of Life. You can read about Channels and see a short video about the album here. Having these boundaries answered the questions like Where? When? and Who? in a matter of speaking and the process of composition was free of the hand wringing, indecisiveness and doubt that often plague electronic music producers. This album simply would not exist without the narrative. And amazingly not only did the narrative give me the framework for the compositions, the process of composing fed the narrative and made it stronger. This ultimately shaped the artwork (created by Mike Gangwere) for the album as well so the final product I feel is a very cohesive and clear piece of work and not just a random collection of compositions.

It can take time and effort to create a narrative framework for instrumental compositions but writers and other artists have to do it so why shouldn’t we? The payoff is enormous in the end but it also makes the process all the more rich. I encourage anyone who is not already working from these kinds of ideas to try it. One amazing resource that will give you and appreciation of the importance of defining boundaries and creating narrative structure is the disquiet junto project run by Marc Weidenbaum. I won’t go into explaining it here. Just follow the link and read about it. It is an incredible project.

This post was written off the top of my head with no editing. I hope it gets a certain point across. Please leave me comments and lets have a dialogue about the creative process. Thank you for reading.

One Response to The importance of narrative in the creation of instrumental electronic music.